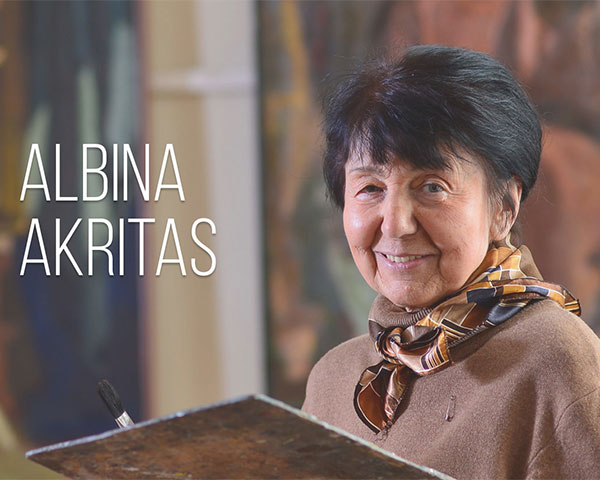 Albina Akritas was born in 1934 in Moscow to the Greek - Russian family. She is People's Artist of Russia, member of Russian Academy of Fine Arts (RAA), member of the Presidium of RAA, Professor of painting, member of the Writers' Union of Russia. She is the recipient of numerous awards, including the Award of the Government of Moscow (2006), Silver Medal of the Russian Academy of Arts (1988), Gold Medal of the Russian Academy of Arts (1999), Gold Medal from Union of Artists of Russia (2014). She graduated the Painting Department of the Repin's Academy of Painting, Sculpture and Architecture in St. Petersburg in 1961. Her works takes its places in number of private galleries and state museums in Russia (including the State Tretyakov Gallery, the Pushkin Museum of Fine Arts, The Museum of Contemporary Art in Moscow and the Russian Museum in St. Petersburg), USA, UK, South Korea, Austria, Japan, France, Switzerland and Greece.